Canadian Helicopters is pleased to announce the extension of the Emergency Health Services (“EHS”) LifeFlight air ambulance helicopter services contract with the Province of Nova Scotia.  Canadian Helicopters will supply two Sikorsky S-76C+ helicopters, an upgrade from one currently employed Sikorsky S- 76A model, to be used for critical patient transport.    The S-76C+ helicopters will be ready for service on August 1, 2017.   The amended contract expires March 31, 2032.

Since the LifeFlight program commenced in 1996, the Halifax based aircraft has transported over 10,000 critical patients. “We are very pleased with the ongoing confidence that EHS has placed in the safety and quality of our services and operations,” said Don Wall, President and CEO of HNZ Group. “This amendment represents a renewed relationship with the Province of Nova Scotia that we have had since 1996. We look forward to continuing to support the people of Nova Scotia.” 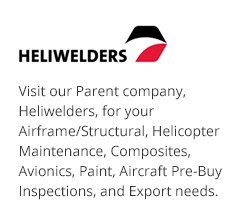